Starbucks CEO apologizes for arrests of two black men, The CEO of Starbucks apologized after a video of two black men arrested in a Philadelphia location went viral. Starbucks CEO Kevin Johnson said the situation had a “reprehensible result.” He promised that the company “immediately began a thorough investigation of our practices.”

The video, captured by author Melissa DePino, shows the end of what happened during the incident that led to public outrage. The men expected to meet their friend when they were asked to leave, witnesses said. The police were called to the scene.

Lauren Wimmer, a lawyer for the men, refused to identify them, but told CBS Philadelphia that they were at Starbucks for less than 15 minutes, waiting for a third person to arrive for a business meeting about a real estate project. By the time this person arrived, the police too. 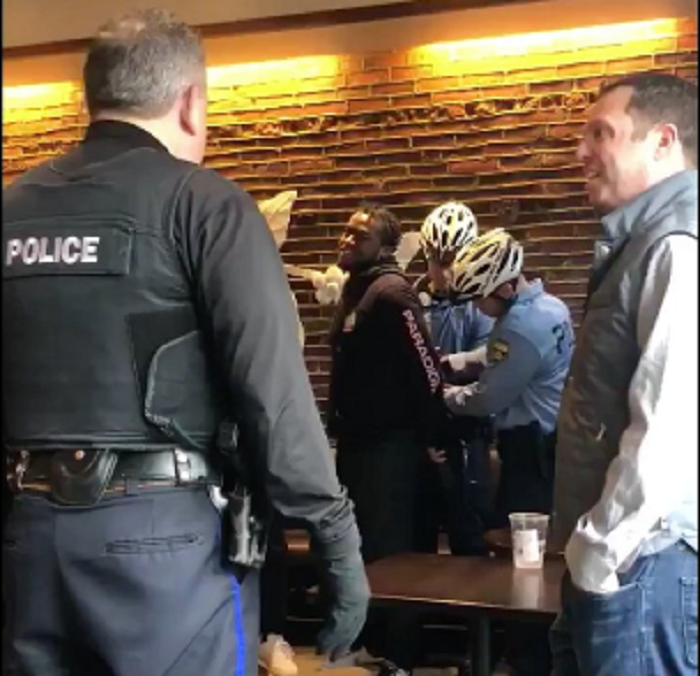 “The video, in this case, basically speaks for itself,” Wimmer said. “These guys were doing what people do every day, they had a meeting and they were certainly scarred by their race.” The people inside Starbucks at the time also thought that men were targeted because of their race, so some of them stepped in to try to help.

“Six or seven of us went out and asked the police why they did it, and finally they took both of them,” said Kant Khatri, a witness to the arrest.

Johnson, the CEO of Starbucks, insisted that the company “is strongly opposed to discrimination or racial discrimination.” He said he hoped to meet the two men to offer a personal apology.

Philadelphia Police Commissioner Richard Ross defended the decision of his officers to arrest the men. Ross said Starbucks employees called the police to say the men were entering without authorization. He said they came to use the bathroom but they were refused because they had not bought anything.

Ross, who is black, said the police had asked the men to leave three times, but they refused. Ross said his officers “did absolutely nothing”.

Philadelphia Mayor Jim Kenney said on Saturday that he was “uncomfortable” to see the city make headlines for an incident that “seems to illustrate what racial discrimination is in 2018.”

Kenney says he has asked the Human Resources Commission to review the company’s policies and procedures “including the extent or need for implicit bias training for its employees.”